As An Application Developer 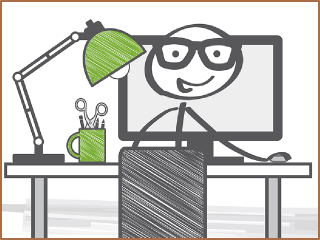 The Creation of a Future Developer

Enoch built his first microprocessor when he was ten and, using hexadecimal coding, programmed it to sing “Swanee River” for a Science Fair. At age 11 he worked with a family friend to learn dBase and other technologies, just because he enjoyed it. Soon he was hired at a local office supply store reprogramming their pos system and inventory management system so it would grow more successful as the company grew.

From creating new QBasic programs, trading applications with friends, and hosting BBSs Enoch became completely enthralled with computers and what they could do. He started a consulting business helping people configure their Gateway computers to work properly with their peripherals. He also would work with Small Business Owners and help them navigate the Microsoft Office suite to help integrate and automate their internal processes. He continued consulting in his hometown until he was sixteen when he decided to pursue music full time. This is what started his passion combining Technology and helping other pursue success. 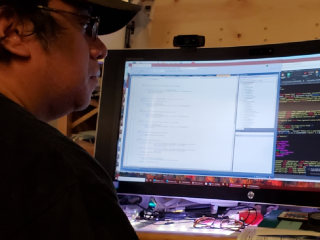 The return of the “Future” Developer

Enoch returned to development full time when working at Modus Media International in 1999. The internal development team switched between database development, system integration development and client projects. It would be here he developed applications for Microsoft, Oracle, Blackberry, Palm Inc., and various other companies. He would spend 50+ hours a week working with project managers, product managers, clients, and internal managers to create applications that would satisfy their needs while not breaking internal systems. He would learn the skills to become a System Architect, Team Leader and Business Consultant. All the while, maintaining his witty/silly personality and charming persona where he made people feel at ease during difficult/stressful times.

After leaving Modus Media International, Enoch and his friend Bryce started Wastach Dev a consulting firm that would develop many Direct Marketing systems and help companies find success and increase revenues by creating custom applications. It would be here he developed applications for Team Everest, NutraSkin, Nature’s Sunshine, iBahnn, and other companies. It would be at Wastach Dev that Enoch would co-found the Wastach Business Conference (or WABCon) a premier business conference that ran for 5 years in Utah Valley bringing local experts in to discuss, Finance, Marketing, Technology and Business. This peer-to-peer business conference was the first of its kind in Utah and has been duplicated and copied repeatedly since the inception in 2006.

“The best developers I know help the requester see a future differently by opening up the potential of the request: asking the why; looking for the end result; and then quickly finding the solution. Asking one or two questions can save so much time and money.”